Active in the UK between 1982 and 1997, the Black Audio Film Collective symbolised a radical attempt to transform education, institutions and the representation of black identity in independent film. Sounds in Diaspora comprises five sessions that run through this collective’s work, presented in Spain for the first time. Founded by John Akomfrah, Reece Auguiste, Lina Gopaul, Trevor Mathison, David Lawson, Edward George and Claire Joseph, the collective was a multidisciplinary team made up of film-makers, sound artists, activists, sociologists and producers, characterised by the horizontal work it distributed, along with an overhaul of realist documentary making through the display of colonial imagery originating from archive. Their films question the identity hegemony during the years of Thatcherism and, under the influence of Stuart Hall and nascent film theory, they came to examine popular culture – cinema in particular – as the primary element of resistance.

The Black Audio Film Collective stands out because of its formulation of an aesthetic programme centred on updating the revolutionary approaches of Third Cinema, which emerged in Latin America, Africa and Asia in the 1960s and 70s. As a result, they would conceive a language that was able to represent the subject and the experience of diaspora; while Third Cinema articulated global imagery of resistance based on the tension between the coloniser and the colonised, Black Audio would transform these notions from metropolitan Europe. Their work advances a more complex, nomadic and cosmopolitan identity, where travel, dispossession and fragmented memory form a visual and sound palimpsest that joins the past to the present as the country to the colony, the exploiter and the colonised become inseparable. 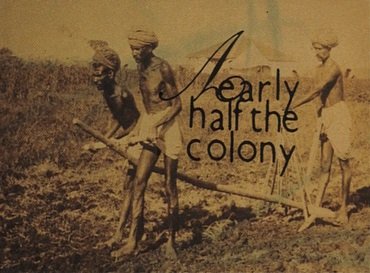 Both film projects form Expeditions , Black Audio Film Collective’s inaugural work approached in two parts. Expeditions shares deliberated hermeticism and the use of allegory in art practices from the beginning of the 1980s. Signs of Empire and Images of Nationality both include familiar aspects in the collective’s work: the dimension of sound in the image, the audiovisual remix of archive and the use of text as collective writing. Signs of Empire draws from Roland Barthes and his Empire of Signs , resolving to show historical signs from colonialism, while Images of Nationality addresses the continuity of the myth of the nation. 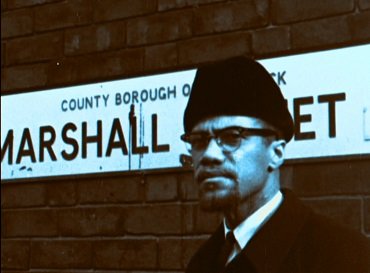 At the beginning of 1985 a series of race riots and labour protests took place in Handsworth (Birmingham) and Brixton (London), culminating in the death of an elderly black woman and a white policeman. The film joins the civil unrest and a multiple story of dispossession, delving deeper into the roots of contradictions from the colonial past and connecting the economic and industrial crisis at the time. By using the traditions of reformist documentaries in Britain (John Grierson, Humphrey Jennings and Basil Wright), together with archives of black presence (and absence) in the UK, Handsworth Songs concludes that any meaning has to be sought outside of news reporting. The Songs from the title does not refer to musicality in the film, but instead invokes an updated idea of documentary, devised as a poetic montage of associations. 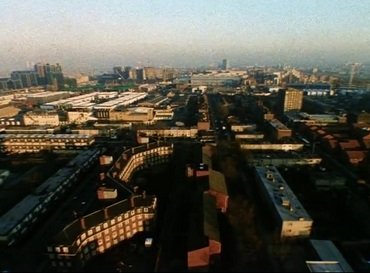 An epistolary documentary essay that narrates the story of a young girl in London who writes to her mother on the island of Dominica. Her letters recount the changes occurring in the city while the Docklands are being rebuilt as the film intersperses this social and psychological landscape of the city as a symbolic space in which the transformation of the urban panorama into financial affluence converges with the hopes and disappointments of African diaspora. This intimate space, with echoes of Chantal Akerman’s News from Home, is imbued with debates on the public sphere, where sociologists, activists and historians draw up a new urban territory, mapped out by racial and cultural limits. A place with people existing in close proximity but living in different worlds, as Paul Gilroy remarks. 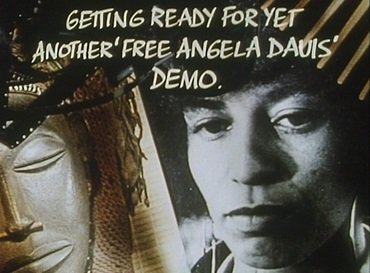 Session 4. Who Needs a Heart

This film, produced by Channel Four, explores the history of British Black Power by means of the blurred figure of Michael Abdul Malik, the predominant counter-culture anti-hero and activist in the movement. Nevertheless, the narration keeps its distance from this historical figure and traces his biography from radio and television documents, complemented with the lives of other participants in the movement. Trevor Mathison’s soundtrack is arranged to produce a deliberate estrangement with the images, and Who Needs a Heart sets out a fragmented narration that flashes back and jumps forward, bringing in fiction as a postcolonial chamber theatre, in the words of Kobena Mercer, supporting itself with music, the street and art to reclaim the genealogy of blackness. 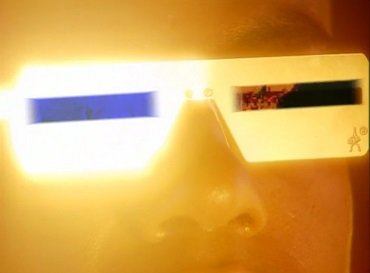 Session 5. The Last Angel of History

One of the collective’s last and most influential film essays, The Last Angel of History concentrates its combination of interests in a highly complex and disparate manner. Located between critical theory and science fiction, the Data Thief, a version from Walter Benjamin’s story, played by Edward George (a member of the collective), travels into the past to assemble fragments of information that will enable him to decipher the future. The cosmic journey and alien iconography prevalent in the music of Sun Ra, Lee Perry and George Clinton is interpreted as a metaphor of diaspora and the otherness of the black subject in white society. Thus, free jazz and black electronic music imagine a future that is inevitably condemned to the past.

Free, until capacity is reached