To mark the hundredth anniversary since the birth of Argentinian artist León Ferrari, the Museo Reina Sofía has organised an audiovisual series to accompany the retrospective The Kind Cruelty. León Ferrari, 100 Years. The season comprises an opening session featuring an encounter with the exhibition’s curatorial team and the screening of a selection of audiovisual pieces that present the figure of Ferrari through a biographical, cultural and artistic lens, understood from the dynamics specific to an Argentinian and Latin American geographical framework. Furthermore, the breadth of the programme looks to evoke the ties Ferrari established with other artists and professionals in his medium, rendering a narrative of the impact they had on his career.

This joint work between Fundación Augusto y León Ferrari Arte y Acervo (FALFAA, Buenos Aires) and the artist’s family spotlights the figure of León Ferrari and delves deeper into certain aspects conveyed in the exhibition held in the Museo, reflecting on what is displayed in its rooms in relation to a series of screenings in which the artist comes to life in different roles as producer, actor and interviewee, deploying an array of audiovisual languages and genres.

Thus, the programme paints a picture of León Ferrari in his most diverse creative facets, permitting a reading, via different formats, of his critical and perpetually controversial view of social and political injustices in Argentina, Latin America and the Western and Christian world. 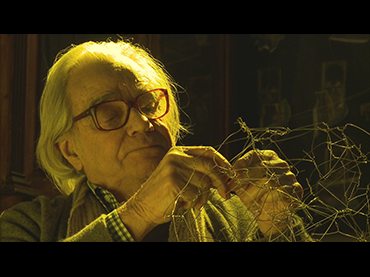 The opening session of the series begins with the screening of Rubén Guzmán’s documentary about León Ferrari. As the artist himself would say in a phrase read by the actress Cristina Banegas in the film, “I think our civilisation is reaching the most refined degree of barbarity ever recorded in history”. This thinking, linked directly to today’s world, is stressed with the accent the director placed on the artist’s shift towards politics through his work La civilización occidental y cristiana (Western and Christian Civilisation, 1965).

The screening will be followed by an encounter with the exhibition’s curators — Fernanda Carvajal (researcher), Javier del Olmo (architect, artist and curator) and Andrea Wain (teacher)— and Julieta Zamorano Ferrari, León and Alicia Ferrari’s granddaughter. The conversation looks to contextualise the life and work of León Ferrari on the centenary year of his birth, as well as engage in dialogue with the exhibition. 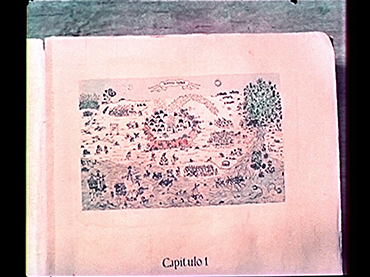 La primera fundación de Buenos Aires (The First Foundation of Buenos Aires) recounts the foundation of the city by Pedro de Mendoza through a 1956 work by humourist Oscar “Oski” Conti, using the original text of German explorer Ulrich Schmidel. The film illuminates two landmarks in León Ferrari’s career: his role as producer and the discovery of the complete film in the artist’s house, destroyed under the repression of the last military dictatorship in Argentina.

De nuestra consideración (Under Our Consideration) presents León Ferrari’s reflections around the Catholic religion. Directed by Isabel Ferrari, the artist’s grand-niece, the film narrates the request by Ferrari and the group CIHABAPAI (Club for the Impious, Heretics, Apostates, Blasphemous, Atheists, Pagans, Agnostics, and Infidels) sent to Pope John Paul II to propose the abolition of hell and the Last Judgement through La carta al papa (Letter to the Pope, 1997). 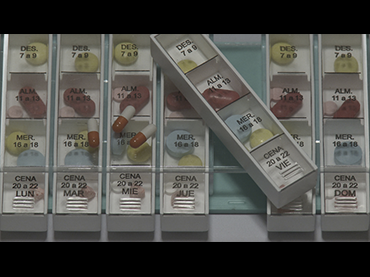 Jorge is a nursing assistant working in a nursing home. His humdrum life is changed by an unusual association with one of his patients, an old man to whom he pays special attention. Through the encounter Jorge becomes a notable visual artist and is quickly hurled into the world of contemporary art, moving from the nursing home environment to mixing with curators, critics, gallerists, collectors and admirers. He holds successful exhibitions, earning money and art-world prestige. El artista (The Artist) is a film that sees León Ferrari take on two roles: actor and producer, and, through fiction, it encompasses the dynamics of the art world and its link to old age, pillars of analysis that prompt us to reflect on Ferrari’s standpoint with regard to these mechanisms.